Japan Isn’t Totally Gluten-Free After All, or Is It?

Japan Isn’t Totally Gluten-Free After All, or Is It?

Just last week, my parents and my sister came visiting my apartment in Japan. And as expected, my sister had a unique challenge to face, in addition to the one I was already facing – gluten! My sister has long been a patient of an autoimmune disease that put an immense amount of pressure on her large intestine and colon.

I initially thought she may avoid gluten. However, I was wrong. She started completely avoid gluten and wanted foods that didn’t contain gluten at all! While it is possible to lessen the amount of gluten intake through foods, it takes a gargantuan effort from one to avoid it completely.

Now I knew, my sister had a real battle on her hand.For an outsider, Japan may seem like a place where gluten has no place. After all, it is a country that predominantly eats rice and not wheat, like in the Western countries. However, the fact is that Japanese eat not just eat lots of rice but also considerable portions of wheat and barley, with the latter two options being consumed by Japanese under the influence of Western-style foods and snack products.

It can indeed be a miserable experience for many celiacs in Japan as they constantly need to watch out for what they eat when they’re outside. Even when shopping for the food products in the local stores and supermarkets, one constantly needs to watch out for certain ingredients like Mugi (barley), komugiko (kanjis for flour), and others. Though the whole experience of searching for ‘eatable-foods’ in Japan for celiacs is really tough but it is certainly not impossible, especially if you’re patient and keen to slug it out.

Soyjoy is one of the very few snacks readily available in Japan that can be consumed by celiacs without any worry. However, the sad part is that nobody can live on Soyjoy alone, be it in Japan or elsewhere. However, on my part, I made sure to fill my sister’s purse with loads of Soyjoy packets, knowing well that she has something to fall upon when she is hungry. 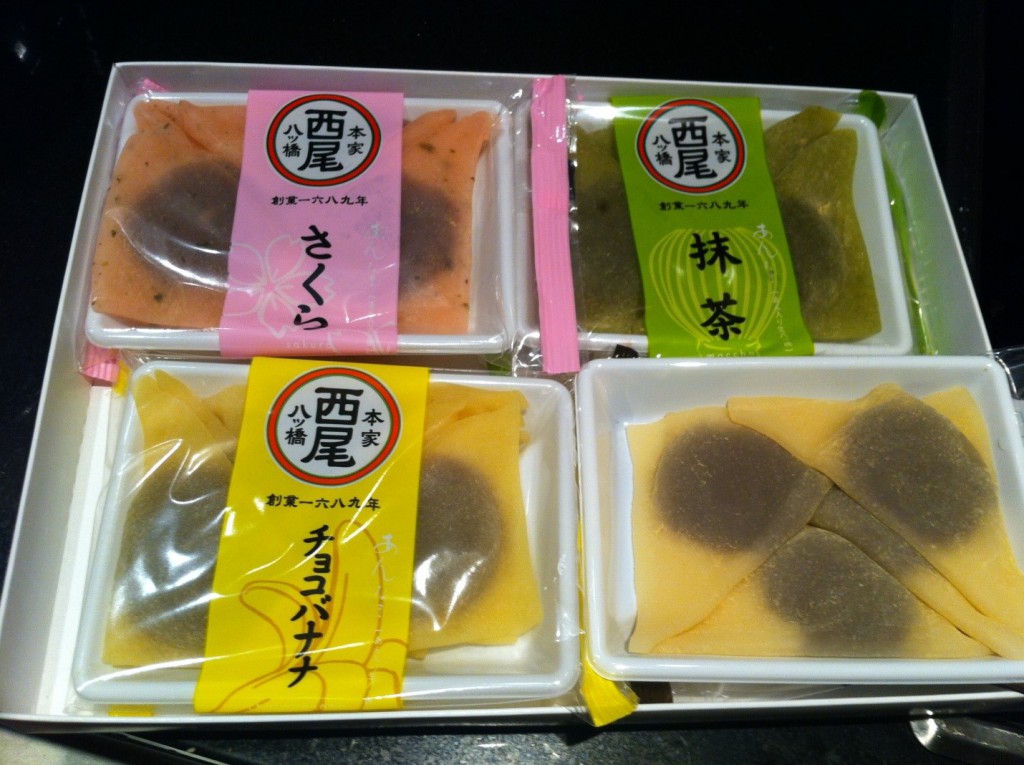 Today, after scouting through several pages on the internet on gluten-free foods available in Japan, I’ve come out with a list of foods that are gluten-free. Mind you, when you cook food by yourself, it is far easier to remain gluten-free than while eating out. Here are some of the foods I think you need to be eating while you’re in this part of the world. This list has helped me sister and can help you as well.

• All flavors of Soyjoy
• Traditional varieties of Mochi (those made with arrowroot and rice)
• A few varieties of rice crackers, including the salt and squid/shrimp versions are fine. However, make sure there is no soy sauce added into them
• Kyoto’s evergreen Yatsuhashi, especially the ones that come with a filling of azuki bean are 100% gluten-free. They’re normally made of rice flour, sugar, and cinnamon.
• Edamame
• Boba Milk Tea – Tapioca pearls are made of cassava and are totally gluten-free
• Kimchi
• Indian curry
• Thai food